Walter Mayer considers himself fortunate to have made significant social connections after retiring from a successful career as an architect and specifications writer.

He discovered a creative outlet and kindred spirits at the Soul Food Poetry Group. Each week, he travels from his home to Baycrest to discuss the work of established writers as well as poems written by members of the group.

Mayer, who grew up in Shanghai and learned several languages there, also appreciates that some members of the group studied Latin in the past, and can interpret obscure references by some of the writers they study.

“I have never been associated with a group that is so talented, friendly, warm and quite frankly, well- educated.”

There’s no question that exercise and proper nutrition are good for overall health and contribute to the likelihood of living to a ripe old age. Mayer has checked off another box that can make a difference – social engagement.

Dr. Nicole Anderson, a senior scientist and clinical neuropsychologist at Baycrest, says research is showing that people who stay socially engaged have less cognitive decline and lower risk of dementia.

The quality of the social engagement is a factor too. Anderson, who has seen patients at the Sam and Ida Ross Memory Clinic, says people have to feel supported by their social networks in order to get the benefits. “It’s not OK just to know lots of people if you don’t feel really connected to them.” In addition, how socially connected you are in youth and middle age predicts later cognitive and brain health, she says.

“Social engagement is important at all stages in life,” Anderson says, while acknowledging that it might be easier before retirement when contact with others is built into the day through work and school.

These days, many people spend time online and may not see friends face-to-face as often, or they entertain themselves with marathon viewings of favourite shows. A small U.S. study looked at 18-to-29-year-olds and found that the more lonely and depressed they were, the more likely they were to binge-watch TV to escape negative feelings.

This may become a growing concern for older adults in the future. Baycrest social worker Renee Climans says even now, many older people living in the community who seek her help and advice are lonely.

“Being able to provide people who are isolated with opportunities to engage with others outside the home can be as helpful as medication for some people,” Climans says.

She facilitates supportive counselling groups for family members of people with dementia and mild cognitive impairment, and finds that people build relationships that extend beyond their time in the group. Recently, after one group ended, the members continued to meet online. They also get together in person – at their homes, coffee shops and other places to discuss similar life situations.

Dr. Anderson says the beauty of social engagement is that you can seek out groups and activities you like. “You don’t have to do any one kind of thing to enjoy these brain health benefits. You can really tailor it to your interests.” 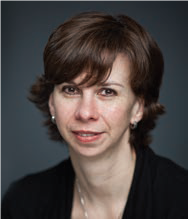 A gift to someone else – and you!

Volunteering is another great way to stay connected. A qualitative, comprehensive review of 74 different studies, led by Dr. Anderson, found that volunteering is associated with less depression, a better sense of quality of life, reports of better physical health, fewer functional limitations, and longer life compared to people who don’t volunteer.