How Innovation is Improving the Aging Experience in Canada

In 2015, a historic, visionary and transformative five-year, $124 million investment was made, establishing the Baycrest-led Centre for Aging + Brain Health Innovation (CABHI) in Toronto. Seed funding came from the federal and provincial governments at the time. CABHI’s mission was to optimize the cognitive, emotional and physical well-being of older adults everywhere. Its impact and success to date have been profound and far-reaching.

The need for this innovation accelerator for aging and brain health is evident. As Canada’s older adult (65+) population increases, so does the prevalence of age-related brain disorders such as Alzheimer’s disease, the principal cause of dementia in seniors. More than 564,000 Canadians currently live with dementia. That number is expected to nearly double by 2031. Costs for the direct care of Canadian dementia patients have been estimated at $10.4 billion; the combined direct and indirect costs already exceed $30 billion; and the physical and emotional costs to individuals and their caregivers living with dementia are immeasurable.

Enter CABHI, which provides funding and support to innovators for the development, testing and dissemination of new ideas and technologies that address unmet brain health and seniors’ care needs. It brings together partners in the healthcare, science, industry, not-for-profit and government sectors to help improve quality of life for the Canadian and global aging population. One of its most important goals is to provide older adults the opportunity to age and thrive safely - and with dignity - in the setting of their choice, while maintaining their cognitive, emotional and physical well-being.

“The innovations supported by CABHI have brought solutions to the Canadian healthcare system.”

In the five years since its inception, CABHI has developed a global reputation as the go-to organization for innovators who want to advance their work in the seniors’ health and residential care sector. CABHI has substantially raised Ontario’s and Canada’s global profile in the seniors’ innovations sector. It continues to partner with international innovation consortia and high-profile innovators, including an increasing number from Silicon Valley, Israeli tech incubators and other innovation hot spots. In short, it has taken less than half a decade to bring the best aging tech solutions from around the world to Canadians, while helping Canadian innovators reach global markets.

“[CABHI innovations] provide older adults the opportunity to age and thrive safely - and with dignity - in the setting of their choice...”

The innovations supported by CABHI have brought solutions to the Canadian healthcare system by accelerating new models of care and technological solutions to improve health outcomes and quality of life for seniors and their families. It has also created greater efficiencies and unlocked potential savings for provincial healthcare systems, while stimulating economic opportunities nationally. 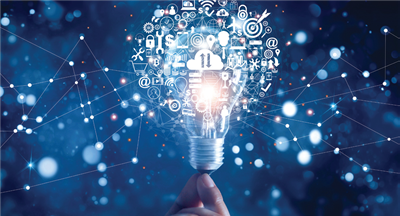 HIGHLIGHTS OF CABHI-SUPPORTED INNOVATIONS INCLUDE: